Vaclav Klaus: The West’s lies about Russia are monstrous

Václav Klaus has made a habit of saying things others shy away from saying, but it doesn’t seem to have done him much harm in the popularity stakes. Quite the opposite: the 73-year-old ardently Eurosceptic free-marketeer has legitimate claims to be regarded as the most successful ‘true blue’ conservative politician in Europe over the past 25 years. He was, after all, prime minister of the Czech Republic from 1992 to 1998 and then his country’s president for a further ten years, from 2003 to 2013.

So when we meet after a typically hearty Serbian lunch — at the International Science and Public Conference in Belgrade — I am keen to ask if he has any advice for David Cameron and the British Conservative party.

‘I was invited to a conference last year in Windsor which was called the Conservative Renewal Conference,’ he says. ‘I made a speech in which I asked the question: “Do you really need a renewal — or don’t you think it would be sufficient to have a return?” My speech stressed the need to return to standard conservative ideas and approaches. I am afraid the current leadership of the Conservative party are not exactly doing that.’

Klaus’s message clearly resonates more with activists than with the serial ‘modernisers’ at the top of the party. ‘After I had finished my speech, two or three older ladies came up to me and said, “It was like Maggie’s speech!” So I find the Conservative party now rather confused in its ideas. The party is playing with the green ideas in a way I can’t accept.’

Klaus is not too keen — to say the least — about another element of the ‘modernising’ agenda. ‘The same-sex marriages and all that stuff about family, to put it broadly, is for me another tragic misunderstanding by the current leaders of the party and I am very sorry about that.’

We move on, inevitably, to Europe. What effect does Klaus think a British referendum on EU membership — and the prospect of a UK withdrawal — might have for the Continent? ‘It would send a strong signal. I was very angry, even in the communist era, looking at Britain from the outside, from behind the Iron Curtain, that Britain decided to leave EFTA to join the EEC in the early 1970s.’

It was a Conservative prime minister, Edward Heath, who took that momentous step. What, I wonder, does Klaus think of the present Conservative leader’s line on Europe? ‘I have met Mr Cameron several times and I am not so sure about his credentials on the EU. I understand he must somehow reflect the division in the whole country and in his party, but nevertheless I don’t think that in a secret ballot in a referendum that he would vote yes [for Britain to remain in the EU] — but this is only my guesstimate.’

Listen to Klaus in full flow on the absurdities of the EU and it’s hard to think why any sane individual — on left or right — would want their country to stay in it. ‘A few days ago I studied the names of the EU commissioners under Mr Juncker, and their portfolios. We in my country say that 16 is already too high for having meaningful portfolios. But the EU now has 28, more than in any country in our part of the world. If you look at the names of those portfolios, I really don’t believe my eyes. The former Estonian prime minister is a commissioner for digital markets. As an economist I really don’t know what the term “digital markets” means. Plus there is another, a German politician, Günther Oettinger, who is the commissioner for “digital economy and society”. We would laugh in the communist era to have such names for the members of our cabinet. I can’t imagine what these commissioners are doing.’

I put it to Klaus that in the bloated and bureaucratic EU economic model, we have the worst of all worlds — one which pleases neither genuine socialists, nor Thatcherite free-marketers, and he readily agrees. ‘What we have in Europe now is not the German Soziale Marktwirtschaft — the social market economy — but the German model deteriorated by another adjective, “ecological”.’

‘I started my political career after the fall of communism with a well-known slogan: “I want to introduce markets without adjectives.” There was a big fight in the country about this phrase. They said, “Klaus wants to introduce markets without social policy.” “No,” I said. “There can be a social policy, but the slogan means a market economy with an additional social policy and not a social market.”The sequence of the words is all important. At present we are going deeper and deeper and deeper into the ecological and social market economy.’

Whatever we decide to call the current system, he adds, it clearly isn’t working for Europe. ‘I am really shocked to see leading EU and European politicians pretending that everything is OK, which is ridiculous and funny,’ Klaus says. ‘I recently read an article by a well-known German economist, Professor Sinn, who has studied the situation in Italy. He presented statistical data which showed that GDP in Italy has declined by 9 per cent since 2000. It’s unimaginable! I don’t think communist Czechoslovakia would have survived such a long-term decline. At the same time, industrial output declined in the same period by 25 per cent! One quarter of the economy simply disappeared.’

Klaus believes the EU is beyond reform and has called for it to be replaced with an ‘Organisation of European States’ — a simple free trade association which would not pursue political integration. He recalls his own experience at the forefront of Czechoslovakia’s Velvet Revolution in 1989. ‘When we started to change my country we quite deliberately did not use the term “reform” — we used the word “transformation”, because we wanted a systemic change. Such a systemic change is needed in Europe today.’

It’s not just on the economy that Europe has got it wrong, says Klaus. He doesn’t agree with the western elite’s current hostility towards Russia, which he believes is based on a false and outdated view of the country. ‘I remember one person in our country who at one moment was minister of foreign affairs, telling me that he hated communism so much that he was not even able to read Dostoevsky. I have remembered that statement for decades and I am afraid that the current propaganda against Russia is based on a similar argument and way of thinking. I spent most of my life in a communist Czechoslovakia under Soviet domination. But I differentiate between the Soviet Union and Russia. Those who are not able to understand the difference are simply not looking with open eyes. I always argue with my American and British friends that although the political system in Russia is different from the system in our countries and we wouldn’t be happy to live in such a system, to compare the current Russia with Leonid Brezhnev’s Soviet Union is stupid.’

He says, with finality: ‘The US/EU propaganda against Russia is really ridiculous and I can’t accept it.’

Klaus wants to transfer other democratic decision-making powers back to the nation states. ‘I’m not just criticising the EU arrangements — at the same time I’m very critical of global governance and the shift to transnationalism. A week ago I was in Hong Kong and I criticised the naive opening up of countries without keeping or maintaining the anchoring of the nation state. Doing this leads either to anarchy, or to global governance. My vision for Europe is a Europe of sovereign nation states, definitely. But we have already gone well beyond simply economic integration. The EU is a post-democratic and post-political system.’

Klaus has spent his political career standing up for sovereignty and rejecting the dominant orthodoxies of the day. Unlike other leaders in the former Soviet bloc countries, he did not feel inhibited about criticising western policies when the Berlin Wall came down. He was one of the few to oppose the Clinton/Blair ‘humanitarian’ bombardment of Yugoslavia in 1999 (he was also strongly critical of the Iraq war).

Yet he feels the freedom to hold — and express — ‘unfashionable’ views in the West is now under increasing threat. ‘If you ask me whether I think liberty is under huge attack in Europe now, I would say yes. I feel repressed by not being allowed to express my views. I have permanent troubles with this. Suddenly I have discovered, for the first time in 20 years, having been invited to be a keynote speaker at a conference, that the organisers find out I have reservations about the EU, about same-sex marriages, about the Ukraine crisis, and they say, “We are very sorry, we have already found a different keynote speaker, thank you very much.” This is something I had experienced in the communist era but not in so-called free Europe. Only a very narrow range of opinions is now considered politically correct.’

It’s to fight this worrying trend that Klaus has decided to launch a new project. ‘I am planning, if we can get the money and people together, to start a new quarterly journal in 2015 called Europe and Liberty.’

It’s hard not to wish him well. In the not too distant past, Europe did have leaders who had clear and distinct visions: on the left, the likes of Sweden’s Olof Palme and Austria’s Bruno Kreisky; on the right, de Gaulle and Margaret Thatcher. You could agree or disagree but you could never say you didn’t know what they believed in, or that the views they held were not sincere. But they’ve been replaced by a generation of bland, uninspiring, consistently ‘on-message’ politicians.

Václav Klaus is different, a throwback to the days when our leaders did stand for something and weren’t afraid to speak their minds. Let’s hope he does not turn out to be Europe’s last conviction politician. 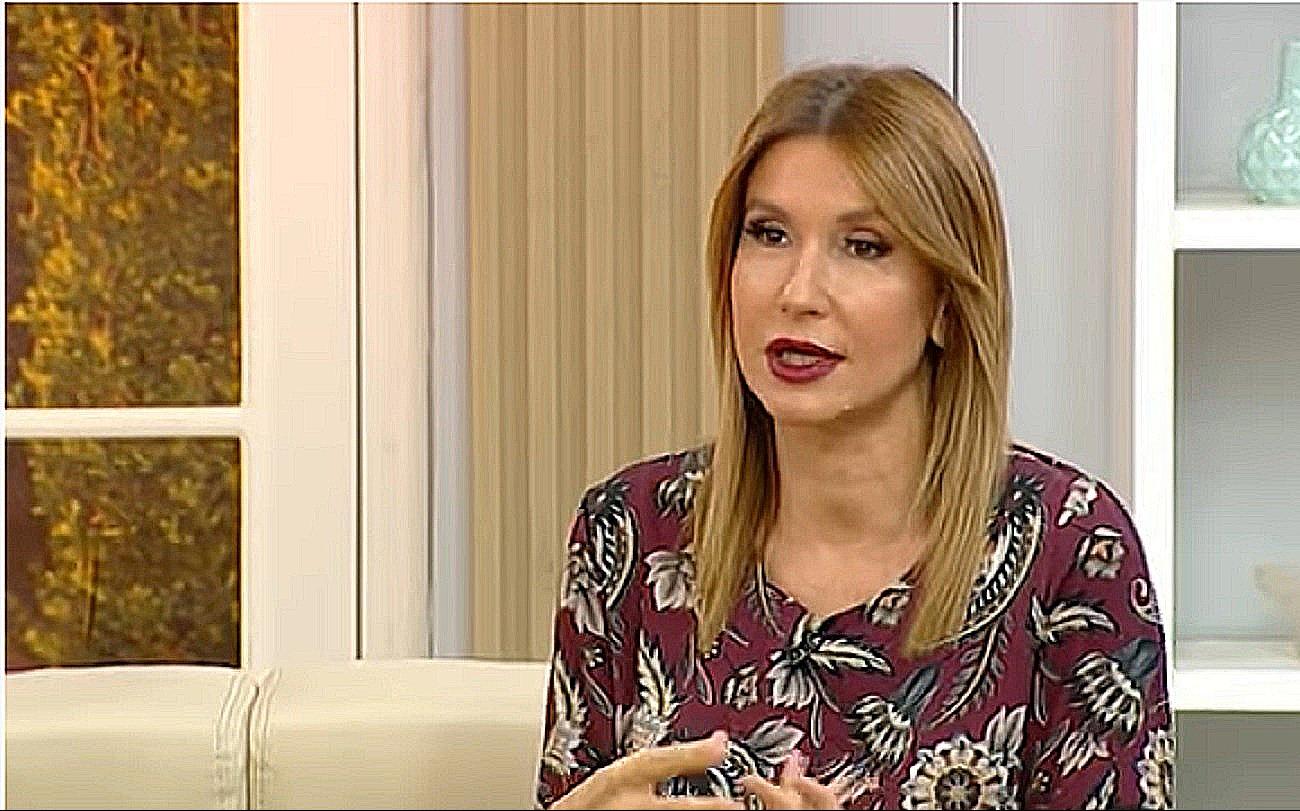