Great Britain stopped being an EU member on February the 1st. The negotiations with Brussels will last for some time and, until they are finished, London will have to meet the obligations of the club it has just left  that were taken on earlier.

Great Britain leaving the EU was marked by the speech of Nigel Farage, in which he speaks about multinational capital, bureaucratic pressure on freedom, and Brussels bullying the member states and their free will. The UKIP leader didn’t miss the opportunity to say that, unlike others, Britain is not a small and weak country that will agree to be terrorized, expressing his hope that other European countries will follow in Britain’s footsteps and leave the Union. The renewal of national sovereignty is, according to Farage, the only way out of the problem that the European community is sinking into.

While London, like Washington, thinks that the historical circumstances are (again) favourable to the nationalists, it seems that the British, least of all Farage, do not hold the same opinion when it comes to the situation on the Island itself. No matter how much they threatened to leave Britain, London, it seems, still holds the Scottish in a firm grip. The Welsh are silent, so one gets the impression the real political struggle for the survival of the Empire (which demands for itself what it wouldn’t allow others to even think about) will be waged in Ireland, where it has been going on for centuries.

Whether “England’s difficulty is Ireland’s opportunity”, which solution is the best and which is possible for the status of the six occupied counties in the North of Ireland, and the current direction of the Irish national resistance to London and Brussels, we are talking to Cánice Millen from the Irish Socialist Republican Party (IRSP) and Republican Socialist Youth Movement (RSYM) organization, one of the few “dissident” political movements of the Irish youth who are against the peace treaty of 1998.

The Irish have been trying for centuries to free themselves and unite. How close are they to this goal today? Will we be the generation that will witness the end of the London Empire? What do the Irish expect from Brexit, what is possible, and what does London offer?

As Republican Socialists we do not see unity as our only goal, it must be made clear that even within the framework of a United Ireland that as Republican Socialists we will continue to fight until our primary target of a 32 County Socialist Republic is achieved. I believe that Brexit has presented a unique opportunity for us to gain unity via a border poll but this does not mean that we reject every other method, nor does this mean that we advocate the EU as we advocate Britain out of Ireland and Ireland out of the EU. London has nothing to offer the Irish people except austerity and division.

What does Protestant Ulster expect from London? How important is religious divide in everyday life of Northern Ireland?

The Protestant working class who we see as our Allies albeit unknown to them gain nothing from London. The same cuts to welfare and education and so on, effect them the exact same way they would a Catholic family. They are blinded by a sense of loyalty to a people who couldn’t care less for them.

What does the winning Sinn Féin want? Can we even imagine any other outcome different from that approved by Stormont and Dublin?

As Republican Socialists we do not concern ourselves with the wants of Sinn Fein because the only thing in recent times Sinn Fein have brought to the north have been cuts to welfare via welfare reform and a large scale recruitment drive for a British maintained imperialist police force that regularly abuses its powers against Irish Republicans. Sinn Fein are nothing more than the harborers of British rule in the North.

By Dublin I would gather you mean the Dublin government? They hinder the liberation movement via criminalisation of it. The free state government are puppet of the British state and are only more than happy to do their bidding especially when it comes to Republicans, who are harassed by state forces daily in the occupied 6 counties and the 26 county free state.

Our goals have remained the same from our inception, we’ve always stated that we will continue to struggle on behalf of the Irish working class until the establishment of a socialist republic that represents the interests of the Irish worker, anything less than that is a betrayal of our very principles as Republicans and as Socialists. Brexit has given us new avenues to use alongside old ones, the goal remains the same.

The term “dissident organizations” has become common among the people. Which organizations does it cover? What is your mutual relationship? What is the difference between, for example, Saoradh and IRSP. For those of us looking from the outside, you seem quite similar. You oppose to London, Brussels, you find ideological roots аre in the works of Larkin, Connolly, Costello?

The term dissident is something that is thrown around to criminalise Republicans, we are not dissidents our principles have remained the same as have other anti agreement Republican organisations. If there is to be speak of dissidents then it is they who dissented from the path of traditional republicanism in return for titles and positions of power financed by the Queen’s pound. Republicans believe in total sovereignty for Ireland, politically economically and militarily. These basic necessities are denied by both London and Brussels. Connolly and Costello were instrumental in merging both the Class struggle and the National Struggle and that’s something we as Republican Socialists hope to expand upon.

Most of the “dissident” organizations are made up of left-wing organizations, or to put it more precisely, those Irish nationalists (republicans) whose fight has not only national, but the socialist character as well. Is this impression wrong and what is the connection that makes the Irish idea unique in today’s world? Can the Irish fight for national liberation be separated from the fight for social equality? What is more important? Can an Irishman be socially free and equal and ruled by the Crown?

As Republicans we are anti imperialists and nationalists by nature. We wish to remove all forms of occupation from our shores. Although we as socialists are more than aware that if this is not done under a socialist frame work then freedom will be watered down to a changing of the flag. We believe that true freedom and true equality can only be achieved when the Irish worker rises to reclaim what is rightfully there’s regardless of religious belief.

As those who advocate the idea of self-determination, IRSP publically speaks in favour of Britain leaving Ireland, and Ireland leaving the EU. What exactly is your issue with the European Union? (The problem with London is clear, well-known, and it doesn’t have to be explained).

The EU denies the right to self determination. The affairs of Ireland should be handled by the people of Ireland not those who dwell in Brussels.

We do not want our economy and natural resources in the hands of a foreign entity be that London or Brussels.

How do you imagine Europe without the European Union?

It is known that the Irish nationalists support the Catalans and the Palestinians, but also the Syrians and Iran in their conflict with the USA. What is your opinion of the global politics of the USA? To IRSP it is an empire, not much different from Great Britain. Do you agree with this view?

The USA’s foreign policy is driven by their Zionist masters. Our position has always been clear on the US, it’s nothing more than an Imperialist War Machine focusing on conflict of want over conflict of need.

I am followed events in Serbia and Kosovo for some time personally, now I am attempting to keep up to date with the wave of protests that have been happening in Montenegro over the last month or so.

I think that people have the right to have religious freedom and it shouldn’t be used as a form of leverage in political discussion, so the Montenegrin government weaponising religion as a bargain tool and is a warlike tactic. The reason the government of Montenegro has begun with such an extreme policy is so that over time if it’s needed they can reduce it via talks, for all the Serbs know they could only want certain restrictions on religion but are openly doing this to provoke war, the balkans are a powder keg, we know that the only thing we don’t know is who’s going to light the match. Imperialst and British practice here and it’s practiced in the Balkans, pit the population against each other…

One part of the public in Serbia treats the Irish liberation movement as exclusively ‘terrorist’, comparing it with the Albanian one in Kosovo. How much do you know about Albanian irredentism and is there support for it among the Irish?

CM:I have met maybe two people in my whole life that even knew what the UCK was and only one of them supported it. There’s not really much thought given to the likes of Albania etc here. If people talk about Albania here they would speak of Hoxha rather than the UCK, I for one would not support them.

I think it is disgusting that the imperialists put on show trials against men such as General Mladic and Yugoslavia’s last partisan Slobodan Milosevic. These men defended their people in their final hours and have been received by the West as criminals while the real criminals were funded by the US and NATO vermin

Speaking about imperialism… are you afraid of “Russian Imperialism“ in Easter Ukraine?

I am an advocate of the people of Eastern Ukraine who rightfully see themselves as Russian rising up against the Fascist Kiev Regime. However this does not mean that I am a devout follower of Putin. He has his flaws. I know that there is a fear of “Russian Imperialism” this is nothing more than a phrase coined in a Washington think-tank and spread by NATO. I wish to see the people’s republics to operate just as their name depicts, as people’s republics. 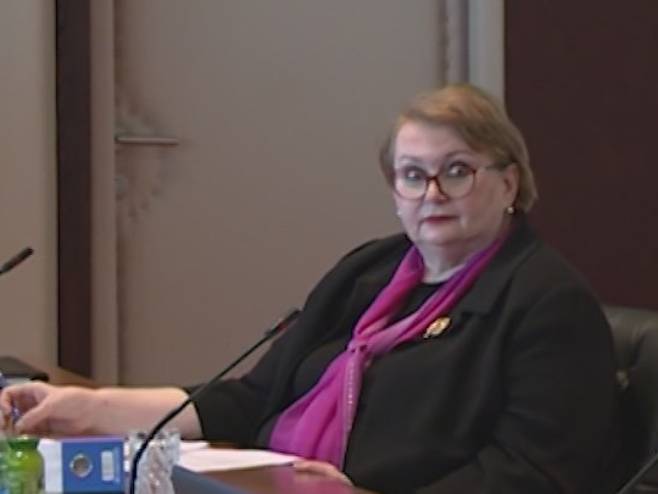